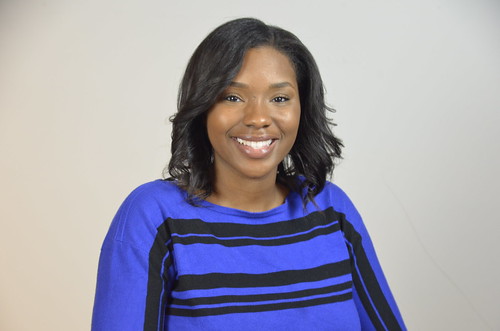 OKEMOS, MI - A live guitarist and singer serenade the many guests who came out to enjoy the newly opened Jamaican cuisine restaurant.

Multiple tables were filled, while other customers were in line waiting to be seated to try the spicy flavored dishes.

There's nothing like it in Okemos. Kingston Kitchen is the only Jamaican cuisine restaurant in the city. During the opening week diners were given a smaller and modified menu that served less options to assist the chef and sous chef to cook faster and help things move along more smoothly.

The restaurant brightly lit, with bright colors and Jamaican inspired art, graced the walls of the brick and mortar. The owners like to describe the restaurant as an Irie kitchen. In Patois, Irie refers to good, pleasing and or nice.

In the Jamaican culture the foods tend to be spicy, a norm that Americans are not particularly used to. Chef Shawn Fearon says that "Not many people can pull off my cuisine and fuse it with American way of living and American way of eating." He also says that he has to train his customers slowly to liking the spicy foods. By doing so, he offers mild sauces for the entrees and then some sauces that are very hot & spicy.

When asked, Chef Shawn expressed that his favorite thing on his menu is the Oxtails, and that Oxtails are Jamaica's filet mignon.

Kingston Kitchen is located at 4749 Central Park Dr, Okemos, MI 48864. Hours are Monday through Saturday 11am to 9pm. You can also look at the menu via the website: www.kingstonkitchen.com