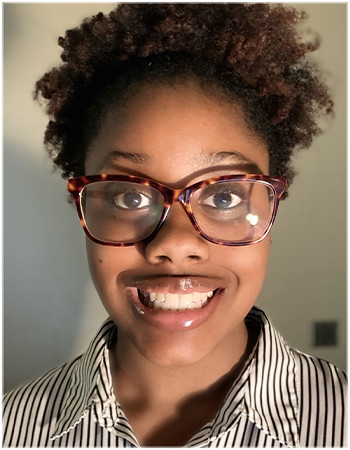 LANSING - George Floyd, Breonna Taylor, Ahmaud Arbery. All are young African American lives that were taken due to police brutality or to America’s sickness: racism.

For too long African Americans have been oppressed, racially profiled, and killed by people who swore to protect them just because of their skin versus “innocent until proven guilty.”

On June 27 from 11:00 am - 2:00 pm, the Lansing community stood up against injustice and held a protest called: Silent Sit-in Against Racism at the Capital. This protest was organized by Tamilikia Foster.

This protest focused on unity and celebrating black culture through song and dance. Bread House choir sung Total Praise by Richard Smallwood and Ny’Kieria Blocker sung A Change is Gonna Come by Sam Cooke. There was worship dancing which is a staple in black church, and dances that told the story of strife and victory.

Pastor Christopher Maxie opened up the protest in prayer.

“Greetings everyone, let us pray. Our father and our God we thank you for this day, we thank you for this moment in history. God we just ask that you be with us as we continue to fight for judgement and righteousness in our city and around the world. As we have come together in unity and collective with one common goal and with one common purpose to stan against racism, and white supremacy, and prejudice and bigotry. God we ask that you touch the hearts and minds of all of us, that we more align with the love and compassion you have caused s to have. God we thank you for the organizers we ask that you bless each gift that comes before us, that each word be spoken in power and that we come together and unify to end oppression of all institutions in this country and around the globe. God we ask that you continue to look upon us, strengthen us, encourage us as we fight forward. We thank you in Jesus name, amen,” said Maxie.

“I come humbly before you today during this time of critical importance regarding the police community relationship. I offer an empathetic voice, two really good ears that are listening, and I understand the collective disgust that we all have as people regarding the murder of George Floyd, and many other persons of color at the hands of law enforcement” said Green.

“I understand the pain as a parent of two sons- African American sons- that navigate through this community and nation on a daily basis. I too worry that they may cross the jurisdictional lines of the wrong police department at the wrong time. That police department that is not progressive in its policies, in its procedures, its cultures. I too worry as a parent about the need for police reform. I stand before you to sincerely listen to your demands. In hopes for national police reform that eco the cries of Breonna Taylor, Ahmuad Arbery, Rayshard Brooks Eric Garner, George Floyd ( ….. ) My message is simple: I hear your message: that policing must change and as a representative of the Landing Police Department I agree and support that message and need for change. I salute your call for needed police reforms and denounce racism in policing.”

On this day, the Capital was plagued with signs that said “Enough is Enough”, “Black Lives Matter”, “Abolish the Police!”, “White Silence = Violence”.

At the end of the protest there was a moment of silence for eight minutes and forty-six seconds which is the amount of time that Derick Michael Chauvin held his knee on George Floyd’s neck.

To see footage of this protest you can go to pitt.box.com.